#Mobilegeddon day has come and past. And, while the world is still spinning and things might seem like normal outside, in the realm of the world wide web and mobile search, things are very much different.

The reason? The world’s largest search engine has made a major update to its mobile search algorithm that will change the order in which websites are ranked when users carry out a search on their phone or tablet.

Google may have been talking about this for what seems like forever, but they have finally made good on their promise, and begun to favour mobile responsive websites for when searches are made on a mobile device. Yes, your Google results will now change, favouring those sites that are optimized for mobile experiences.

The change will favour websites with large text, easy-to-click links, and displays that resize to fit whatever screen they’re viewed on, ranking these sites higher in the search results. This essentially deprioritizes millions of sites around the world that have yet to optimize for mobile.

This makes sense because, as more and more people carry out searches on mobile devices, Google wants to give them the best experience they possibly can. No-one likes pinching the screen to zoom in and squinting to find the information they want from a site on their mobile. For both Google and the end-user this is a win-win scenario.

But for businesses, things are different. It means that if one of your prospective customers searches for a product that your company provides, and your competitors have a mobile-ready website but you don’t, you are immediately at a disadvantage.

So what can you do to make sure that your company is not negatively affected? Well for a start, you need to make your website mobile responsive. In 2015, this is a necessity if you want to succeed online. This won’t only benefit your business by making sure that Google gives you priority in mobile search, but it will also give customers who access your site on their smartphone or tablet a much better experience. Over 70% of people in the UAE search for information via their mobile devices. Is your site ready?

So the fabled Apple Watch is mere days from hitting the shelves after what seems like years of rumours and speculation. While you seemingly can’t go online without being bombarded with some commentary about the new gadget, it appears that the jury is still very much out on wether it will be a genuine game-changer or not. Some commentators are hailing it as the next big thing, while others deride the concept as a gimmicky flash in the pan, only making headlines because it’s Apple’s latest poster child. Whether this iteration is the blockbuster product that some predict or not, it’s likely that it will kick the wearables product category onto the next level to some degree, in terms of mainstream awareness at least.

The nay-sayers deride it’s reliance on a parent smartphone, perceived limited functionality, or question marks over how users are meant to interact with it given it’s limited input methods. Also, it basically doesn’t do anything your smartphone can’t already do, so what’s the point, right? While up until recently I’ve been of the attitude that smartwatches will remain a pretty niche category until they can work independently of smartphones, a few articles that I’ve come across recently have forced me to re-evaluate the fundamental purpose of these devices. It seems that, while they’re not meant to replace your smartphone, they are designed to marginalise it. Wearables aren’t about adding a new layer of interaction with technology to your life, they’re about stripping it away. Removing the need for interaction to only when it is a necessity.

In a fantastic Wired piece this month on the development of the Apple Watch (notably called “iPhone Killer: The Secret History of the Apple Watch”), members of the Apple design team suggested that the main benefit of the device was the fact that it removes the need to constantly check your phone for notifications, prompting the user to only reach for their phone when deemed necessary by their watch. The whole point, in effect, is to make the iPhone redundant unless you’re carrying out a specific task or reacting to an important notification.

Along the way, the Apple team landed upon the Watch’s raison d’être. It came down to this: Your phone is ruining your life.

The goal was to free people from their phones.

The smart-watch is meant to reduce our overall interaction with technology. Even the interactions you do have to make are to be reduced to their bare bones. Instead of engaging as you normally might with a notification or message, you can simply be presented with a ‘Yes’ or ‘No’ style decision that’s super quick to make. Apple came up with a system called Quickboard that analyzes notifications and messages and suggests a handful of possible responses. If you are the one instigating the message, then sure, use your phone. But if you are the one reacting, this makes life that little bit simpler.

When your date asks if you want to do Mexican or Chinese for dinner, “Mexican” and “Chinese” automatically show up in the list — tap one and you’ve replied. You’re in the moment; just send it.

The Age of Context

But in most cases, you’re not meant to have to do anything at all, wearables are meant to react to their environments and your habits. Christian Hernandez elaborates on this ‘Age of Context’ in this article based on Robert Scoble and Shel Israel’s book of the same name.

In the Age of Context personal data (ex: calendar and email, location and time) is integrated with publicly available data (ex: traffic data, pollution level) and app-level data (ex: Uber surge pricing, number of steps tracked by my FitBit) to intelligently drive me towards an action (ex: getting me to walk to my next meeting instead of ordering a car).

It is an age in which we, and the devices and sensors around us, generate massive reams of data and in which self-teaching algorithms drill into that data to derive insight and recommend or auto-generate an action … data needs to be compiled into succinct notifications and action enablers.

In this ‘Age of Context’, the Starbucks app, for example, will know that you usually get off the train at 8:50am and walk to their local store to order a Grande Latte. At 8:52 your smartwatch will know your routine, know that you’re around the corner from Starbucks, and simply generate an action-driver that says “Grande Latte – Order?” A few minutes later you can pick up your coffee, which has already been paid for as the system is integrated with your payment details. These services are already possible today, but will be made much easier to automate with the proliferation of wearable devices.

Another great Wired feature last month profiled the success of the Disney ‘MagicBand’, a wearable wristband that lets visitors to Disney World in Orlando ambiently carry out an absurd array of functions all by virtue of having this sensor on thier wrist.

The MagicBand replaces all of the details and hassles of paper once you touch-down in Orlando. Express users can board a park-bound shuttle, and check into the hotel. They don’t have to mind their luggage, because each piece gets tagged at your home airport, so that it can follow you to your hotel, then your room. Once you arrive at the park, there are no tickets to hand over. Just tap your MagicBand at the gate and swipe onto the rides you’ve already reserved. If you’ve opted in on the web, the MagicBand is the only thing you need.

It’s amazing how much friction Disney has engineered away: There’s no need to rent a car or waste time at the baggage carousel. You don’t need to carry cash, because the MagicBand is linked to your credit card. You don’t need to wait in long lines. You don’t even have to go to the trouble of taking out your wallet when your kid grabs a stuffed Olaf, looks up at you, and promises to be good if you’ll just let them have this one thing, please.

And that hit’s the nail on the head; devices like this are there to ‘engineer away friction’. A place like Disney World is the perfect control setting for technology like this that needs buy-in from both users and the multitude of places they come into contact with on a given day, so it can be difficult to imagine how this might work in the real world. But the MagicBand certainly gives us an idea of what it will be like in however many years, once the rest of our environment has caught up with the gadgets that we have in our pockets and on our wrists. Read the piece here.

So back to the Apple Watch, I certainly won’t be rushing out to buy one on launch day, I just don’t think there’ll be that many real world use cases out there for it for another year or two at least. But maybe it’s getting that bit easier to picture our cities a little more like Disney World in the not to distant future.

Recommended reading on wearables and the ‘Age of Context’

This has to be my quote of the week, coming from the Advertising Week Europe festival in London;

“Marketing has become like Tinder; in one second you decide to engage with that content or swipe it away, and that’s what brands have to get used to.”

It’s no surprise to anyone that marketing in the digital age has become a much more fragmented affair, with consumers bombarded with more and more marketing messages across a multitude of channels and a vast array of devices. We are becoming increasingly more fickle and hard to make an impression on – experts in evaluating what is, and isn’t, worth our attention, and ignoring the noise.

This sparked the above sentiment from Huib van Bockel, ex-Marketing Director of Red Bull UK, who suggested that brand marketing is becoming like the dating app Tinder, with people deciding almost instantly whether to engage with your brand or move on to the next one vying for your attention.

With it becoming so much harder these days to stand out in the crowd and get a viewer’s attention, it should encourage brands and marketers to re-evaluate how they might be perceived in such a small time frame, and what they can do to increase the likelihood of viewers ‘swiping right’ on their brand and starting a relationship. The type of relationship you can start in such a one-night-stand style environment is a story for another day!

I’m a Digital Strategist passionate about the intersection between technology and creative marketing. I recently moved to London after 11 years living in Dubai. 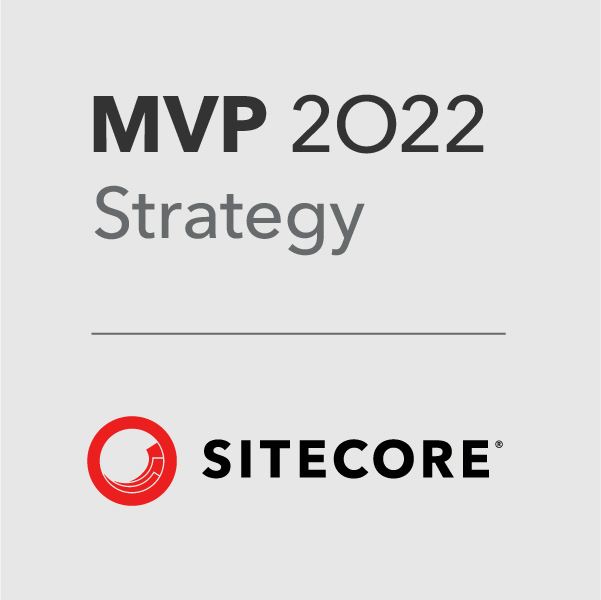 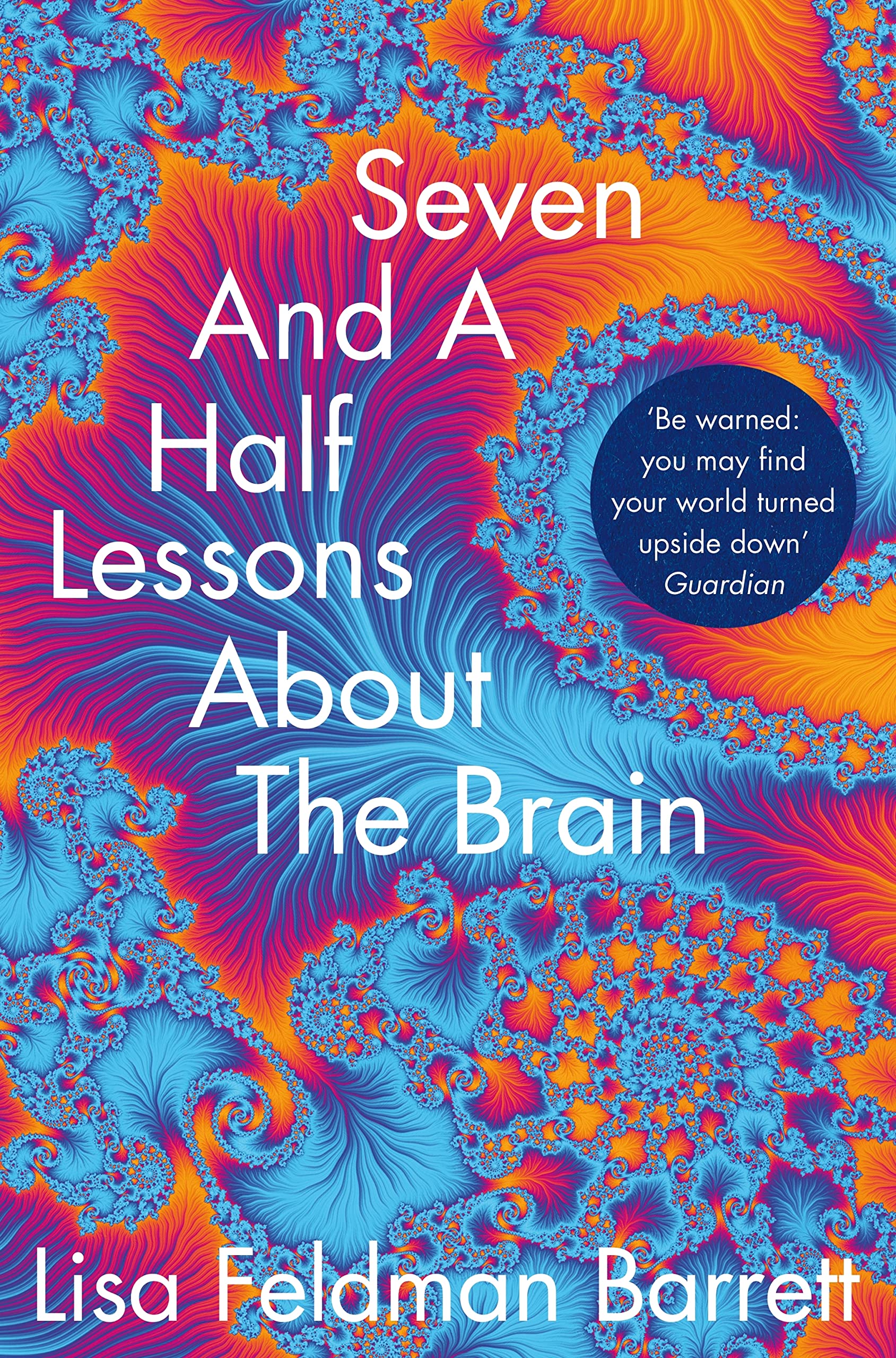 Error: You need to enter your Goodreads API key in the widget settings.